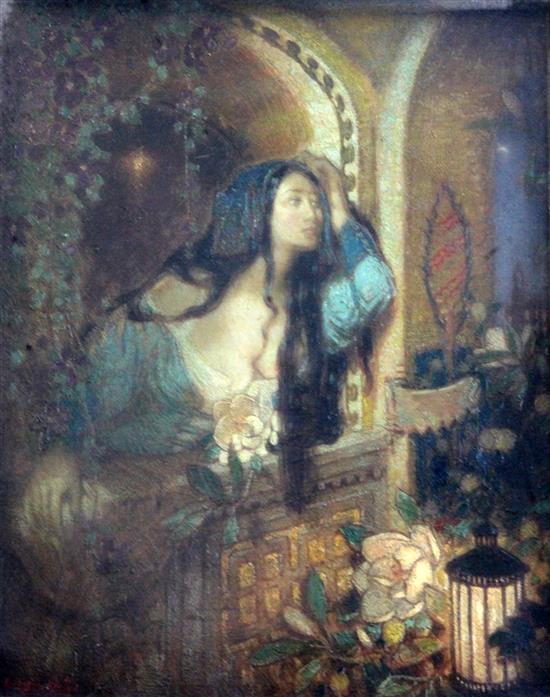 William Shackleton was born in Bradford, Yorkshire, and studied at Bradford Technical College before gaining a scholarship to the Royal College of Art in 1893. In 1896 he won a British Institute Scholarship which allowed him to study in Paris, at the Academy Julian, and in Italy where he was inspired by Renaissance art. On his return he settled in London but also painted in Sussex with his friend Edward Stott. A self-confessed symbolist, outside the mainstream of twentieth century British art, he exhibited at the Royal Academy from 1895-1919 and with the New English Art Club from 1899.