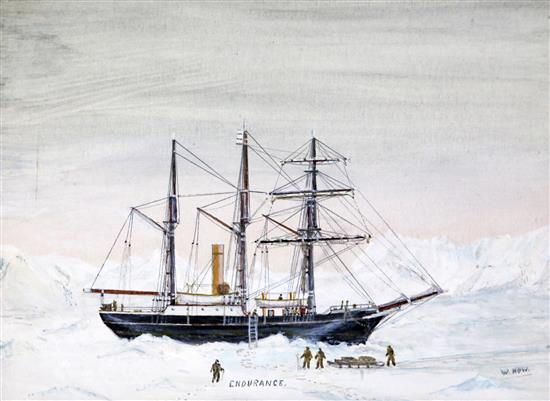 Note: Walter How, known as 'Ernie', first went to sea at the age of 12 and at the time of the Antarctic expedition he had already experienced polar conditions. It is thought that Shackleton selected the Able Seaman both for this reason and his natural artistic flair, even though the Expedition already included George Marston as 'official' artist. How's paintings were not featured in earlier accounts of the voyage, but he later provided some illustrations for Margery and James Fisher's book, 'Shackleton', published in 1957.

Watercolour on card in honest untouched condition, possibly slightly faded with a number of scattered dirt marks throughout, signed lower right, inscribed in ballpoint in a later hand verso with details of the work, not framed.