Lot 34 , The Michael Farebrother collection of – ‘’Papers Concerning H.M The Queen & Her Family’’, offered for sale for the first time, by a direct descendant of Mr. Farebrother., A unique and historically significant album of ca 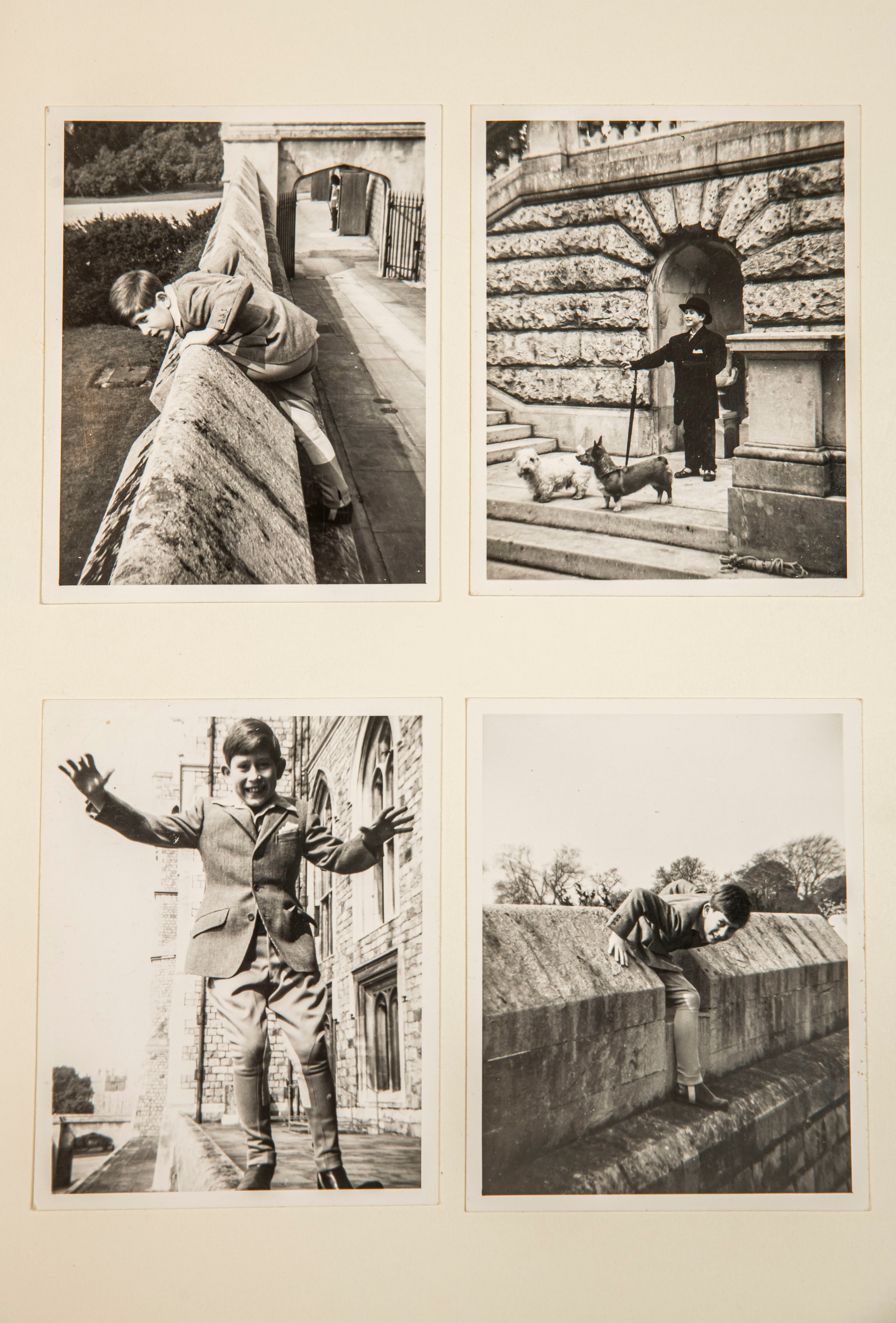 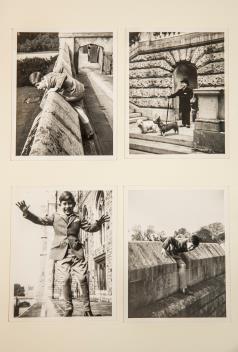 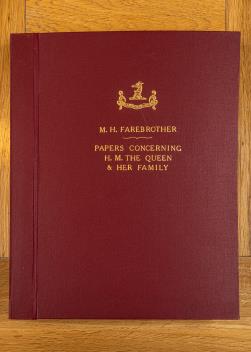 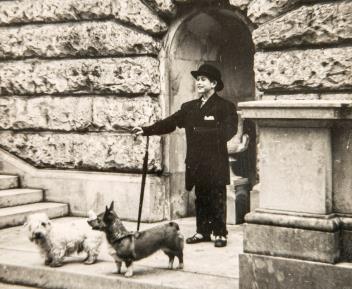 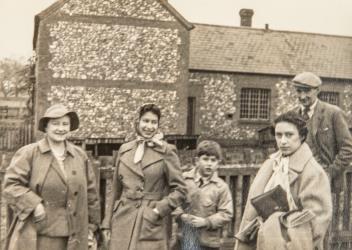 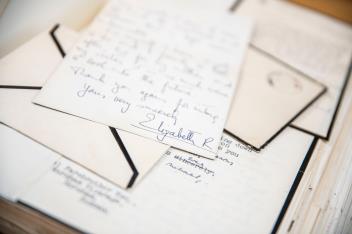 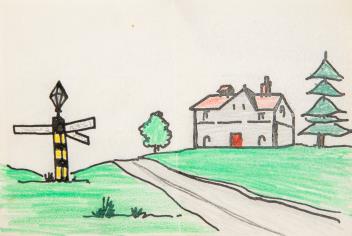 The Michael Farebrother collection of – ‘’Papers Concerning H.M The Queen & Her Family’’, offered for sale for the first time, by a direct descendant of Mr. Farebrother.
A unique and historically significant album of candid correspondence, hitherto unpublished photographs, (with negatives) and ephemera, to include a large selection of manuscript letters from HM Queen Elizabeth II and HRH The Prince of Wales, on many matters of private and public life.

Chronologically collated, the collection reflects the life and career of Michael. H. Farebrother, former officer in the Grenadier Guards, joint head master of St. Peter’s school, Seaford, East Sussex and private tutor and mentor to The Prince of Wales, through the Prince’s early life, together with an intimate glimpse into day to day life in the Royal household in the early 1950’s.

Containing:-
22 black and white photographs, all taken by Michael Farebrother, of Prince Charles, when a boy, several of the Queen, the Queen Mother, other members of the Royal family and staff, views of Sandringham, Windsor and elsewhere, together with negatives.

Eleven letters from the Princess Elizabeth, later the Queen, all addressed to Michael Farebrother, including, in chronological order:-

Dated 30th July, 1947, with a registered hand written envelope, from Buckingham Palace, to Warnham Vicarage [Michael Farebrother’s parents home], 2 pages, 8vo, ‘’Dear Michael, I was shown your very kind letter of congratulations on my engagement……..It is so nice that one’s friends are thinking of one at such an important moment in one’s life, and I want you to know how very grateful I am……Yours sincerely, Elizabeth’’

Dated 28th November, 1948, with typed envelope, from Buckingham Palace, to St. Peter’s School, Seaford, 2 pages, 8vo, ‘’Dear Michael, Thank you so much for your letter. We were delighted to receive the message of congratulations and good wishes which you sent from yourself and the boys of your school.
…..Thank you again for writing. Yours sincerely, Elizabeth’’

Dated 23rd December, 1948, with hand written envelope, from Buckingham Palace, to Warnham Vicarage, 2 pages, 8vo, ‘’Dear Michael, I do think it is very kind of you to have given such a lovely present to our son…….When he gets older he will find a great use for it , if his appetite continues to be as large as it is now!….Yours sincerely, Elizabeth’’

Dated 26th September, 1951, with hand written registered envelope, from Clarence House, to St. Peter’s School, Seaford, 2 pages, 8vo, ‘’I was so touched to receive your letter of sympathy on behalf of the Staff and boys of St. Peter’s. It is so comforting to hear so many expressions of of sympathy that we all feel greatly strengthened at this time of anxiety. We are thankful that the King continues to improve slowly and I trust he will soon be completely well again…..Yours sincerely, Elizabeth’’

Dated 13th February, 1952, with black framed typed envelope, from Clarence House to St. Peter’s School, 2 pages, 8vo, ‘’Dear Michael, You are most kind to have written to me at this sad time for both of us - I do send you my very real sympathy [King George VI died at Sandringham, on 6th February, 1952. Michael Farebrother’s mother died on 5th February, 1952]…..….Yours sincerely Elizabeth R’’

Dated 10th February, 1957, with hand written and monogrammed, registered envelope, from Windsor Castle to St. Peter’s, Seaford, 4 pages, 8vo, ‘’Dear Michael, It was indeed kind of you to send me the photographs which you took at Sandringham and which I am delighted to have. I am only sorry that the camera (which cannot lie?) proves the my dear Betsy [the Queens horse] is much more like a camel than a horse, ....Yours sincerely, Elizabeth R’’

Dated 6th March, 1960, with hand written and monogrammed, registered envelope, from Buckingham Palace to St. Peter’s, Seaford, 2 pages, 8vo, ‘’I was touched to receive your kind letter of congratulations on the arrival of our son, and I did want you to know how much I appreciated them…Charles had the luck to be allowed off for the weekend-he and Anne are completely fascinated by the baby, and no doubt he will get very spoilt by us all. Yours sincerely, Elizabeth R’’

Dated 22nd September, 1979, with hand written registered envelope, from Balmoral Castle to St. Peter’s Seafood, 2 pages, 4to, a personally addressed typed letter ‘’Dear Michael, Thank you for your kind letter of sympathy on the tragic death of Dickie Mountbatten [Louis Mountbatten, 1st Earl Mountbatten of Burma, assassinated by the IRA, 27th August, 1979] which we greatly appreciated. He was a splendid person and will be much missed’’, [continues in longhand] ....
Martin told me he had seen you at Eton, so it is very nice to hear from you again after such a long time. Yours very sincerely, Elizabeth R’’

Dated 1986, with hand written registered monogrammed envelope, from Buckingham Palace to Little St. Peter’s, 9, Belgrave Road, Seaford, 2 pages, 8vo, ‘’Dear Michael, Thank you very much for your good wishes for my 60th birthday……..It is lovely to have memories revived, and apart from the war years which I selfishly remember at Windsor, I also laughed at your description of birthday shopping with Charles.... Yours sincerely, Elizabeth R’’

Letters from Prince Charles:-
Dated 2nd June, 1981, with registered type envelope, from Buckingham Palace to St. Peter’s School, 1 page, 4to, ‘’Dear Michael, We are both overwhelmed by your great kindness in thinking of sending us such a splendid wedding present. Thank you so much for taking all the trouble to find something which is so greatly appreciated and will bring so much pleasure to both of us throughout our married life. Yours ever, Charles’’

Dated 30th June, 1982, with typed registered envelope, from Buckingham Palace to St. Peter’s School, Seaford, 2 pages, 4to, ‘’Dear Michael, [then typed] We we’re enormously touched to receive your very kind letter following the birth of our son and send you our warmest possible thanks……’’, [continues in longhand] ‘’Yours ever, Charles. PS.…..With warmest wishes and happy memories of those far off tutoring days..! C’’

Dated 17th April, 1984, with hand written registered and monogrammed envelope, from Kensington Palace to Little St. Peter’s 9, Belgrave Road, Seaford, 3 pages, 4to, ‘’Dear Michael, How very kind of you to write as you did after the memorial service for Mrs Townend [Headmistress of Hill House School, Knightsbridge, where Prince Charles was a pupil from 1956 to 1958]…………This comes with renewed thanks and with warmest best wishes, as ever, from your erstwhile pupil. Charles’’

Dated 7th January, 1985, with hand written registered and monogrammed envelope, from Sandringham to Little St. Peter’s, Seaford, 2 pages, 4to, ‘’Dear Michael, Somebody called Betty Lou Mills wrote to me the other day and informed me that you hadn’t been at all well over the New Year and had had a mild heart attack. I was very worried about my old tutor and hence wanted to write a short note to say that I do hope you are recovering rapidly from such a shock and are feeling much better……. This comes with my warmest good wishes, as ever. Charles’’

Letters and extracts from letters by Michael Farebrother, to Princess Elizabeth and later, the Queen, and Mr Farebrother’s parents, including:-

Dated 23rd September, 1951, 1 page, 4to, a copy of a letter to Princess Elizabeth, sent from St. Peter’s School, Seaford, ‘’Madam, I trust Your Royal Highness will allow me to express my sincere good wishes for His Majesty’s speedy recovery, and to send your Royal Highness messages of sympathy from the Staff and boys at St. Peter’s……I have the honor to be Your Royal Highness’s humble and obedient servant, Michael Farebrother’’

Dated 2nd January, 1956, 4 pages, 8vo, from Sandringham House, to Warnham Vicarage, ‘’Dearest Did, [Michael Farebrother’s father, the Canon Felix Farebrother] I caught the train at L’pool Street by the skin of my teeth and arrived safely at Woolferton (no Wolferton) with Lord Salisbury and his wife and one or two other people…..Then dinner with the Duchess of Glos. on my left - a film, and then hot punch and ‘’Auld Lang Syne’’ at midnight. The Queen Mum then made me dance with her to the wireless and everyone joined in.
Charles and I get together usually after breakfast at about 9.30. He is a calm and thoughtful little boy with an artistic side to his character…..Princess Margaret puts on a Rock ‘n roll records and the children caper all over the place….Mike

Dated 14th April, 1959, from Windsor Castle, 2 pages, 4to, recipient unknown, ‘’I found it hard to keep up the letters last night, so here goes this morning…..I went to see the car - all smartly polished and drove down to Eton to get Charles a Flomaster [pen] Apart from this I was with him from 10am to 8pm. having lunch in the Nursery with Mabel and the children.
At dinner last night I sat next to Prince Philip’s mother [Princess Alice of Greece] who is deaf and a perfect scream. After dinner I sat on the Queen’s right again for a film ‘’The 39 Steps’’, very good….best love to all. Mike’’

Letter from Princess Anne
Dated 8th February, 1960, from Buckingham Palace, 2 pages, 8vo, with registered envelope, in another hand, ‘’Dear Michael, Thank you very much for the shell pictures. They are very nice indeed. I hope you are well. Mispy sends her greetings. Yours sincerely, Anne

Letter from Princess Margaret
Dated 10th March, 1960, from Clarence House, 2 pages, 8vo, ‘’Dear Michael, Thank you so much for your very kind letter of congratulations and good wishes on my engagement. It is all so lovely and happy and we feel content and full of joy-and all the nice things that one has hoped for all these years….Many thanks again for writing, Yours very sincerely, Margaret’’

Drawings etc.,
Prince Charles - a coloured crayons drawing of a roadside house by a signpost, on white paper, 12 x 19cms.

The album also includes numerous sheets announcing arrivals of guests to Windsor Castle and lists of dinner guests, many of which include Michael Farebrother.

The album concludes with 17 newspaper cuttings, relating to Michael Farebrother and his connection with the Royal Family.

Michael Humphrey Farebrother (28th February, 1920 - 27th September, 1987), served with the Grenadier Guards, joint headmaster, with his brother John, of St. Peter’s School, Seaford (1967-1982), educated at Eton and then Trinity College, Oxford, a first class cricketer, who was erroneously reported in the 1945 edition of Wisden Cricketers’ Almanack, as ‘’killed in action in Italy’’

Condition:
Please contact Gorringes if you require a condition report.