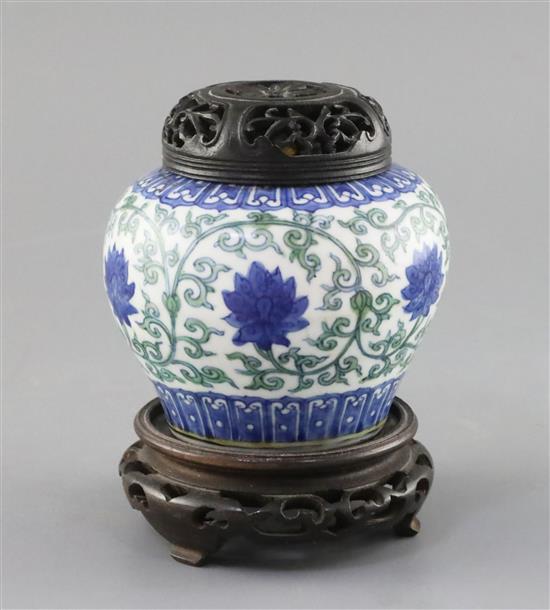 There is an old Japanese style gilt filled repair to a large section of the rim of the jar, there is some scratching and wear to the glaze consistent with age and use, there is a visible slightly stained hairline crack running approximately one third of the circumference of the jar along the luting line - visible on the exterior and slightly visible on the interior. There is a short hairline crack to the shoulder through the lapetted border and some scratching to the glaze on the interior, otherwise in reasonable condition, the wood stand is missing a foot.