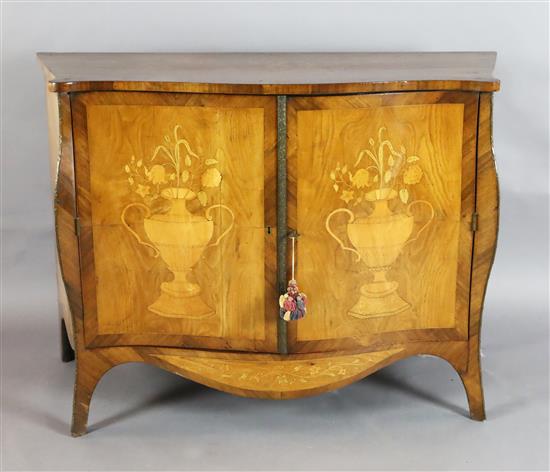 5% Import duty will be charged on the hammer price.

John Bedford of William Bedford was one of the major dealers in antique furniture in London in the 1970s and for the next 35 years dominated his corner of the trade.

The business was started in the 1960s simply to help his brother William recover from an illness, with a small stall in the Kensington Antiques Hypermarket selling antique glass, while John continued in his role as company secretary at Smith's Industries.

Buying was fitted in at the weekends and evenings by John around other commitments.

After a relatively short time it was found that the furniture used on the stand for display purposes sold more profitably than the glass and a decision was made to take a much larger premises in Upper Street, Islington, and concentrate on period furniture.

John now took up the full-time role of running an antiques business with the skills and approach of a 'true businessman', driving the operation forward into what would become one of the first publicly quoted antiques businesses on the stock exchange.

It operated out of the 15,000sq ft of The Merchants Hall in Islington.

Dealers from across the world would find this often became a one-stop shop for their purchases, allowing them to shorten buying trips to the UK often by weeks.

John was always a kind, cultured and generous man with wide-ranging interests from motor racing to building one of the finest private libraries in the world covering cabinet-makers and furniture designers to the brass-makers of Birmingham.