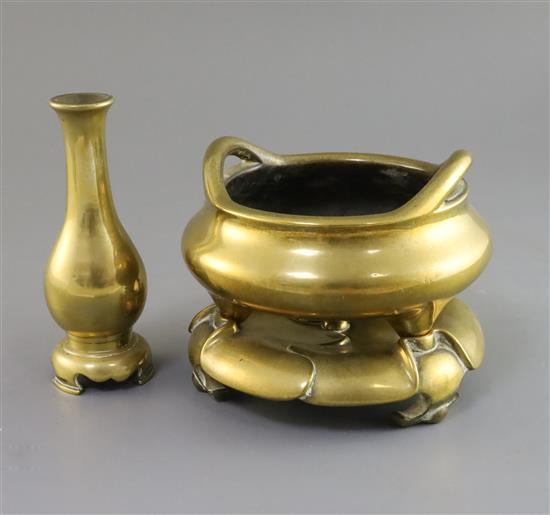 The censer has some occasional minor dents and nicks to the handles and around the body and on the feet, there is some old white polish residue around the cast mark to the base and few dribbles of white residue on the interior, the stand has a number of tiny dents where presumably the feet have been put down upon it and there is some white polish residue around the cast areas, the base feet look in good condition with just some wear consistent with age and use.
The vase again has the odd minor dent to the body and some wear to the feet consistent with age and use.
Basically all items in good condition
Censer weight 2.1kg
Stand weight 1.4kg
Vase weight 450 grams