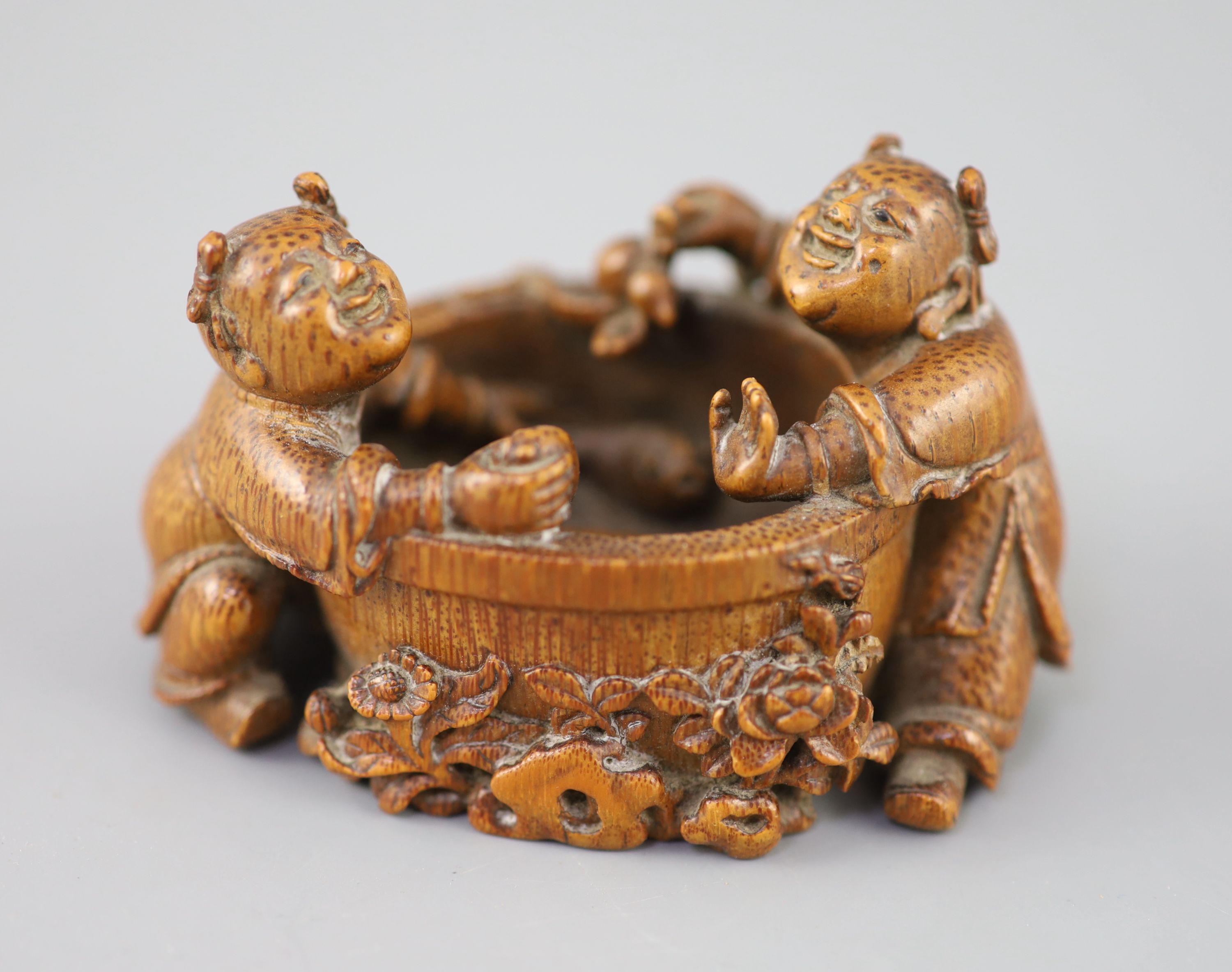 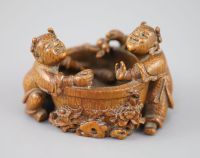 A fine and rare Chinese bamboo-root 'boys and fish bowl' brush washer, 18th/19th century, carved in the round from a bamboo-root node with two boys crouching at a fish bowl one holding a gourd and the other grasping two fish from the water, the sides of the bowl carved in high relief with rockwork and flowering shrubs, with caramel brown patina, 8.5cm wide, 5.2 cm high, tiny losses.
Provenance - Dr J W H Grice (1891-1976) collection.
Estimate £600-800

Small losses to the tail of the fish in one boy's right hand, the flowers at the side of the fish bowl. The eyes are picked in black paint? and this is missing to one eye.