Lot 23 , A Hispano-filipino or Sino-Portuguese ivory relief of The Crucifixion with the two thieves, probably late 16th/early 17th century, 15cm 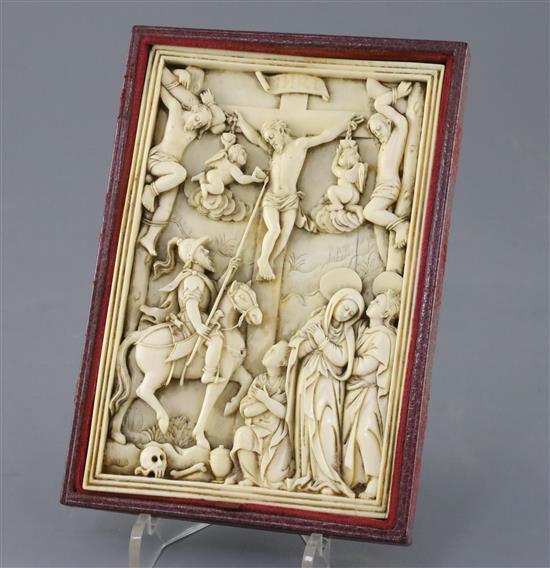 The iconography of this relief is very similar to an engraving of the Crucifixion where a Roman Centurio stabs Jesus Christ with his lance created by Jan Sadeler in 1582.

Overall in very good condition, some uneven colouration to the ivory with some slight discoloured spotting beneath Christ's feet but otherwise looks very good. Comes away from its red leather backing to reveal four old vertical splits in the ivory, one of which shows through above the head of the Virgin Mary.