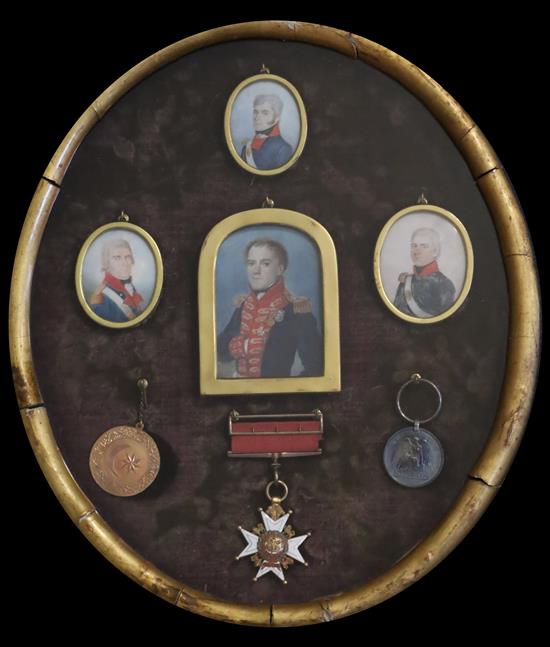 Note: Major General Stephen Gallwey Adye C.B., R.A. (1772-1838) was the third of nine members of the Adye family to serve in the Royal Artillery over six generations. Commissioned on 24th April 1793, in 1801, following the battle of Alexandria and the action of Ramanieh, he received Sultan Selim III's Gold Medal for Egypt from Grand Vizier Kör Yusuf Ziyaüddin Pasha. He was appointed Brevet Major in 1810 and advanced to Major following Wellington's victory at Salamanca in 1812. He became Lieutenant Colonel on Christmas Day 1814 and, in February 1815 following Napoleon's escape from Elba, he joined the allied army in the Netherlands as commander of the artillery attached to the 1st Guards Division. On 15th June Adye's artillery saw action at Quatre Bas under Wellington's direct orders and on the 18th his guns were positioned near Chateau d'Hougoumont where they saw heavy action throughout the day, with 63 of Adye's command being killed or wounded. Adye was made Companion of the Bath on Wellington's personal recommendation.

The left hand and right hand oval portrait miniatures have fading. The purple velvet is sun-faded and discoloured and the background has come loose from the frame.