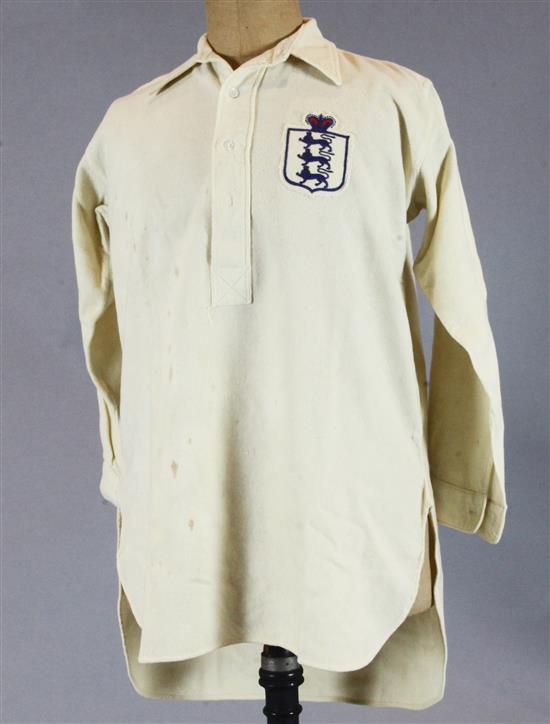 Provenance: An identical shirt which belonged to Frank Roberts, from the same vendor, was sold by Graham Budd Auctions, Sporting Memorabilia sale, 21st & 22nd May, Lot 740, along his football caps, lots 735 to 739, which firmly attribute the group to the player.

Frank Roberts (1893-1961) was an English professional footballer who played for Manchester City between 1922 and 1928 and played either as an inside forward or a centre forward. He gained four England caps scoring two goals and made 216 appearances for Manchester City scoring 116 goals and 157 times for Bolton Wanderers scoring 79 goals from 1914-22.