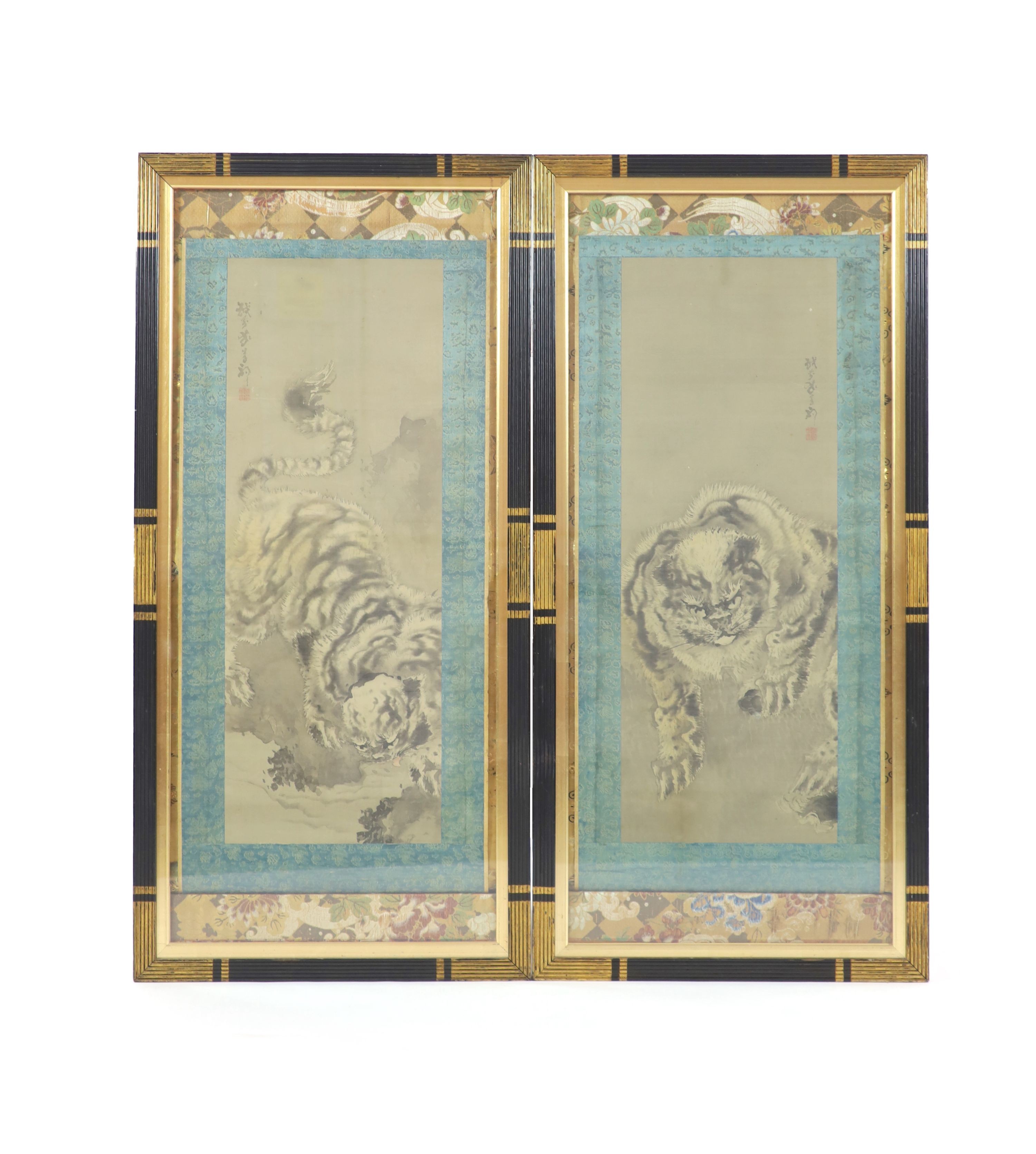 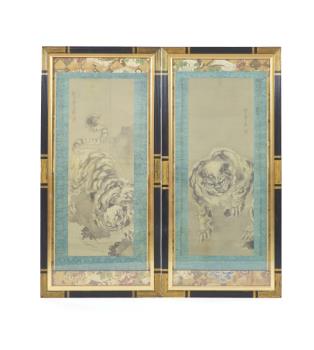 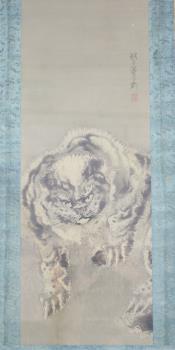 Condition:
Both scroll paintings have a few scattered wormholes to the silk. The image of the snow leopard coming towards us has three small wormholes above the animal and one next to its left ear. This image also has occasional light scuffs to the surface. The image of the snow leopard drinking water has two small worm holes above the cats tail one, one to the middle of its tail, one to its rump, one to its belly, one to the left of its right poor there’s a tiny repair to the paper lower left and both images have some light staining to the brocade border. The scroll paintings have further brocade mounts behind them which have some fraying. The gilt and ebonised frames have some occasional scuffs and scratches.