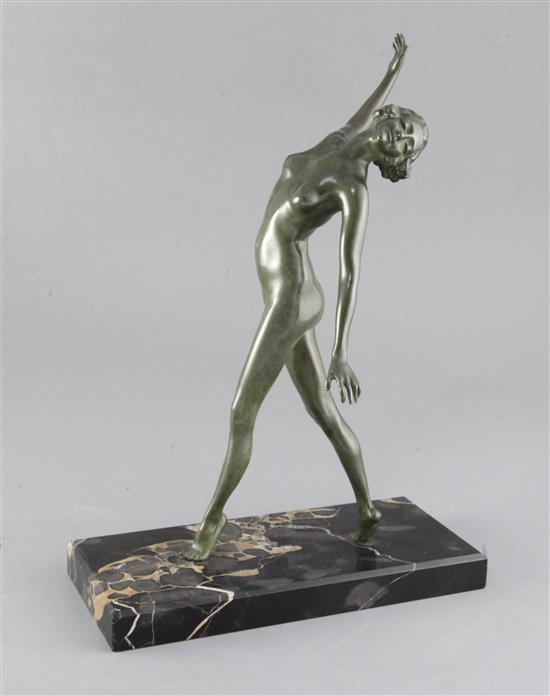 An early 20th century French bronze figure of a dancing female nude, mounted on a veined marble base, unsigned, height 14.75in.
Estimate £300-500

In good condition, base has a small repaired chip to the rear left corner, the patination of the figure is even with relatively little wear just to the extremities of the nose, hair, fingers and usual places, there is a small series of scratches to the thumb of her raised hand, the base has a third unused hole which may suggest that it is a replacement.