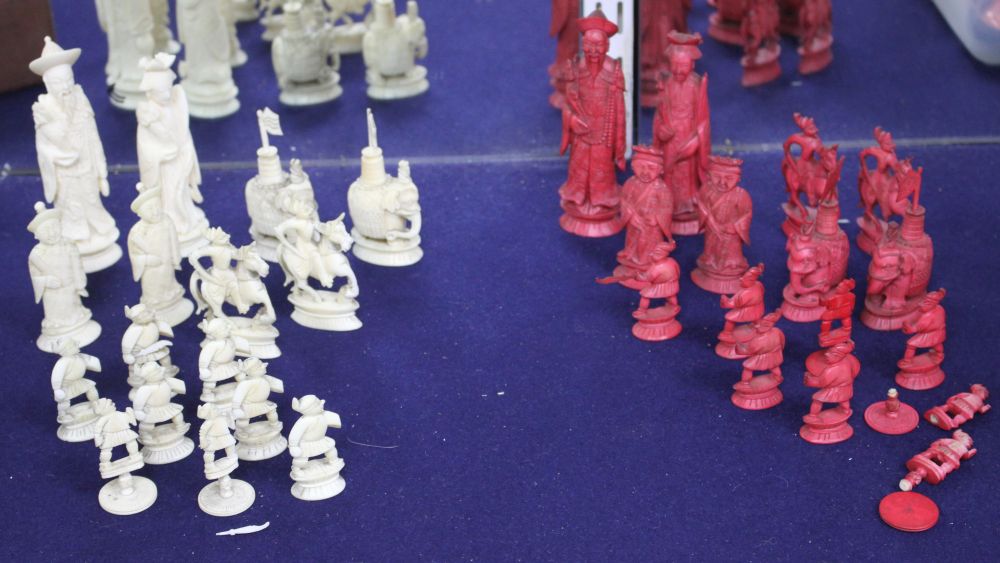 An early 20th century Chinese carved and red stained ivory chess set, carved as opposing Chinese armies, king 12cm
Condition:
White army - good except for tiny chipping to flowers on back of Queens hat, all but two of the pawns have lost their swords, one sword still remains but loose, slight difference in size of some of the pawns
Red army - finial missing from Kings hat, crack running down the side of the Queen, crack through one castle, all but one of the pawns have lost their weapons, two of the pawns broken from the bases, pawns vary in size

Overall most pieces with some degree of fading or dirt staining.
Estimate £100-150