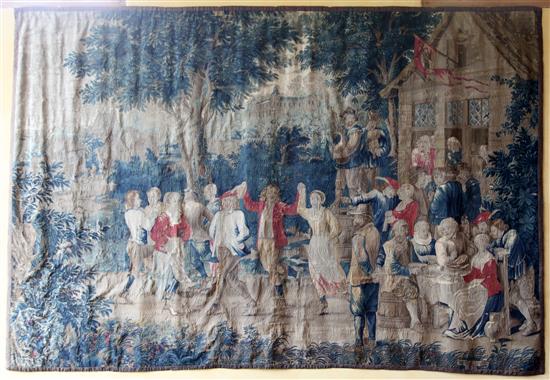 An early 18th century Flemish 'Teniers' tapestry, from the workshop of Guillaume Werniers, depicting four peasant couples dancing to the music of a piper and a fiddler outside a tavern, others sitting, eating and drinking at a table, the village in the background and a distant chateau, with weavers mark G*WERNIERS and Lille factory mark L*F* and fleur-de-lys on a red shield lower right, H.8ft 10in. x W.13ft, extensive minor repairs
Estimate £3,000-5,000