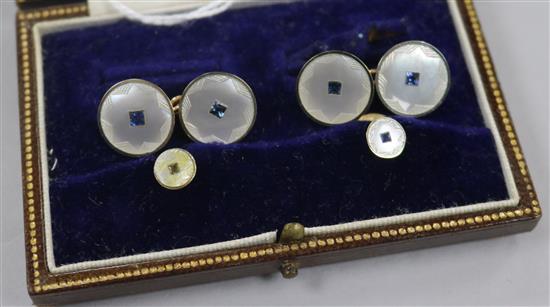 Both cufflinks are in good order with no visible damage to the mother of pearl or the stones. One stud has a dent to the back circle and the other stone has a replacement colourless stone with a yellow substance on the mother of pearl, possible glue?? Box has a few minor scuff marks commensurate with age, but in generally good order.