Lot 355 , A Victorian ormolu and tortoiseshell mantel clock, 18.5in. 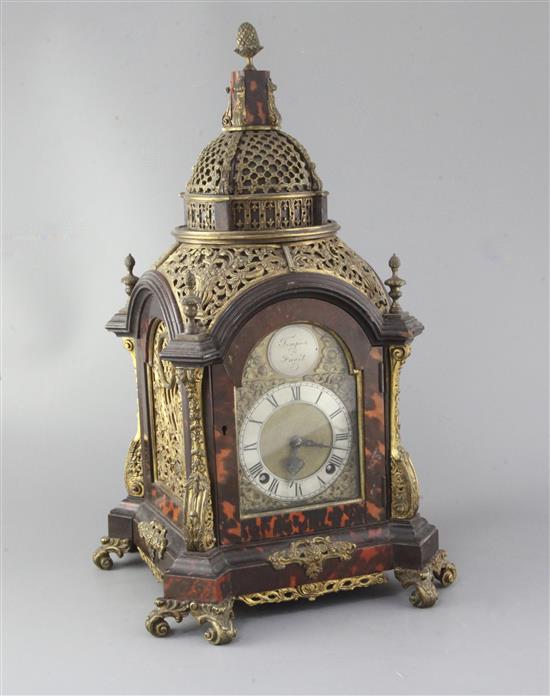 The main feature of this clock is the ornate case. The case is veneered in scarlet backed tortoiseshell veneer with some losses to the back door on the surround. It is possible that some sections have been re-stuck where the case has dried out. The brass is quite dirty and would benefit from a clean but all mounts and panels appear to be present. The dial does fit the case correctly but possibly could be later. The movement is quite small for the case and is almost certainly a replacement which is stamped Astral, Coventry and is possibly early to mid 20th century, whereas the case is 19th century. The bottom panel is a slightly different colour wood and has a spare hole for a fixing which is no longer there, probably from previous movement. The movement strikes on a single gong, working order is not guaranteed. The rear hinged door has the lock detached where the key has probably been lossed and is also veneered in tortoiseshell on the inside but clearly some of this has been lost and a faux tortoiseshell has been put there as a replacement, this is on the inside of the door. The door is also a little sprung on the hinges.