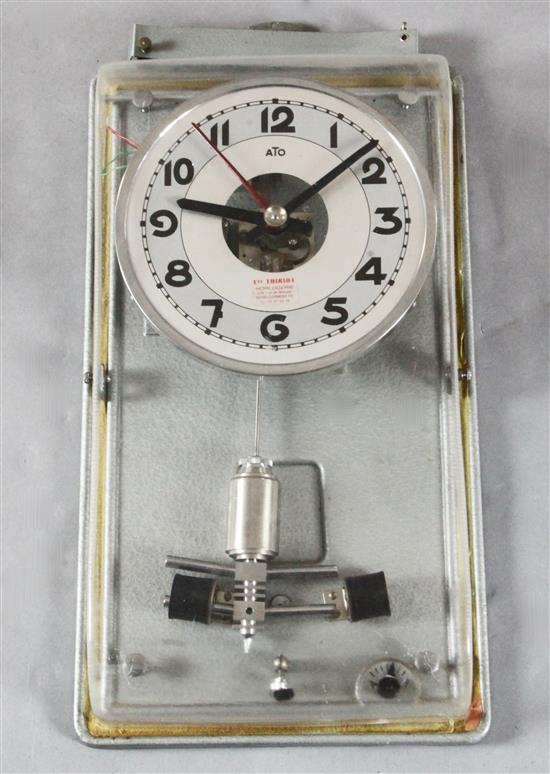 The foam cushioning around the inside of the anodised aluminium frame has all perished and crumbled away and the perspex case which fits into the groove is a little scuffed and scratched in places and it doesn't appear to be split. The chapter ring is a little loose where a sticky pad on one of the bars that holds in in position has come away. At the very top of the frame there is a metal strip which hides the electrical connections. The top right retaining nut is missing, the pendulum is not slotted in position at the top because the retaining pin is lacking, however the metal leaf on which it suspends appears to be there still. It is not currently working but does come with an old battery, it is possible with a new battery that it may be in working condition once the retaining pin has been put in position. The movement itself looks a little bit dirty in places but not accessively so. The hour hand looks a little bent and there is crazing to the black lacquer finish on it. The red seconds hand is a tiny bit bent as well. There is a later label on the chapter ring for ETS Thiriot and scratched at the top of the back-plate is SNCF 204B47