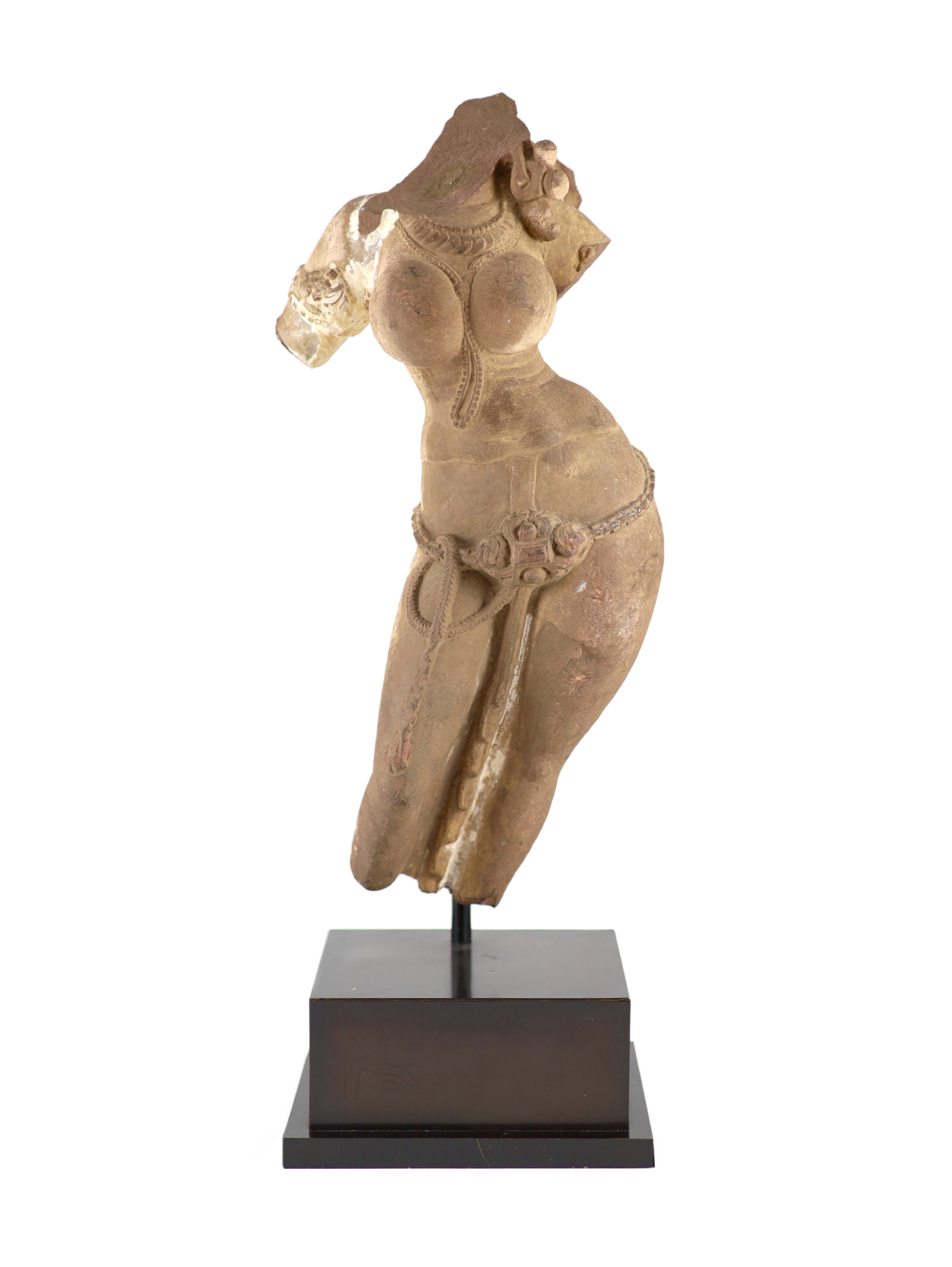 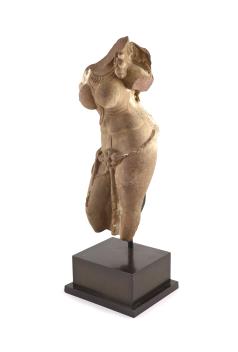 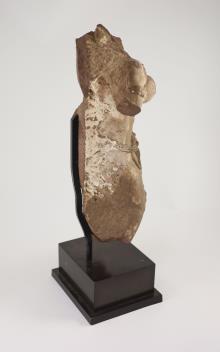 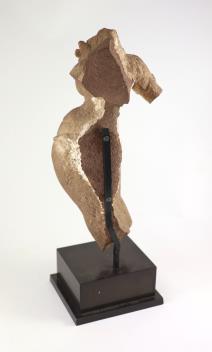 A Central Indian red sandstone torso of a Goddess, Madhya Pradesh, 10th/11th century,
the torso with hips swaying to the left in an exaggerated movement, the diaphanous sarong wrapped around the body and forming gentle folds at the front, secured with a chain belt which loops around itself on the right thigh and which is fastened with a large jeweled buckle, the figure is further adorned with basubands, necklaces and large earrings

Condition:
As can be seen from the photographs the figure is a fragment of a large carving, with remnants of white pigment around her right arm and shoulder her left leg and her left side and hip. Please see photos for any small losses to the decoration. Professionally mounted on a metal clad stand, the metal cladding is lifting slightly on the left front of the plinth.