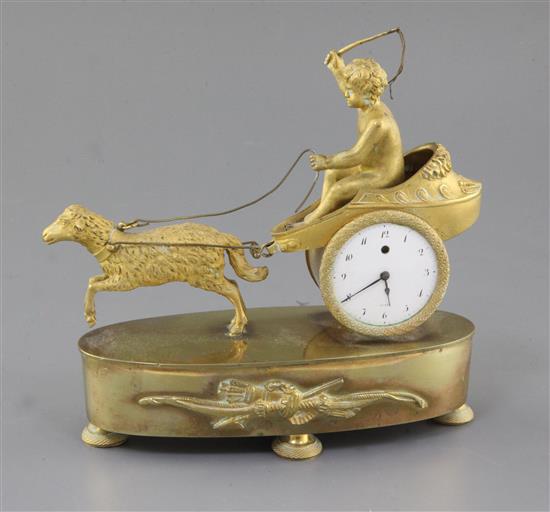 A 19th century Empire style ormolu desk timepiece, modelled as a putto in a chariot pulled by a lamb, the enamelled Arabic dial signed Le Roy, fitted with an English watch movement, height 7in. width 7.75in.
Estimate £300-500

The ormolu figures and base have residue from where they have been polished, the white enamelled dial has some feint hairlines from the 7 - 11 o'clock position, the movement however has been replaced with an English watch movement, the winding mechanism approached from the back of the case which means there is a blind winding hole to the front, one of the metal screws holding one of the feet in has been replaced, one of the nuts is a more modern replacement holding the figure of a sheep or goat in position, otherwise in reasonable condition.