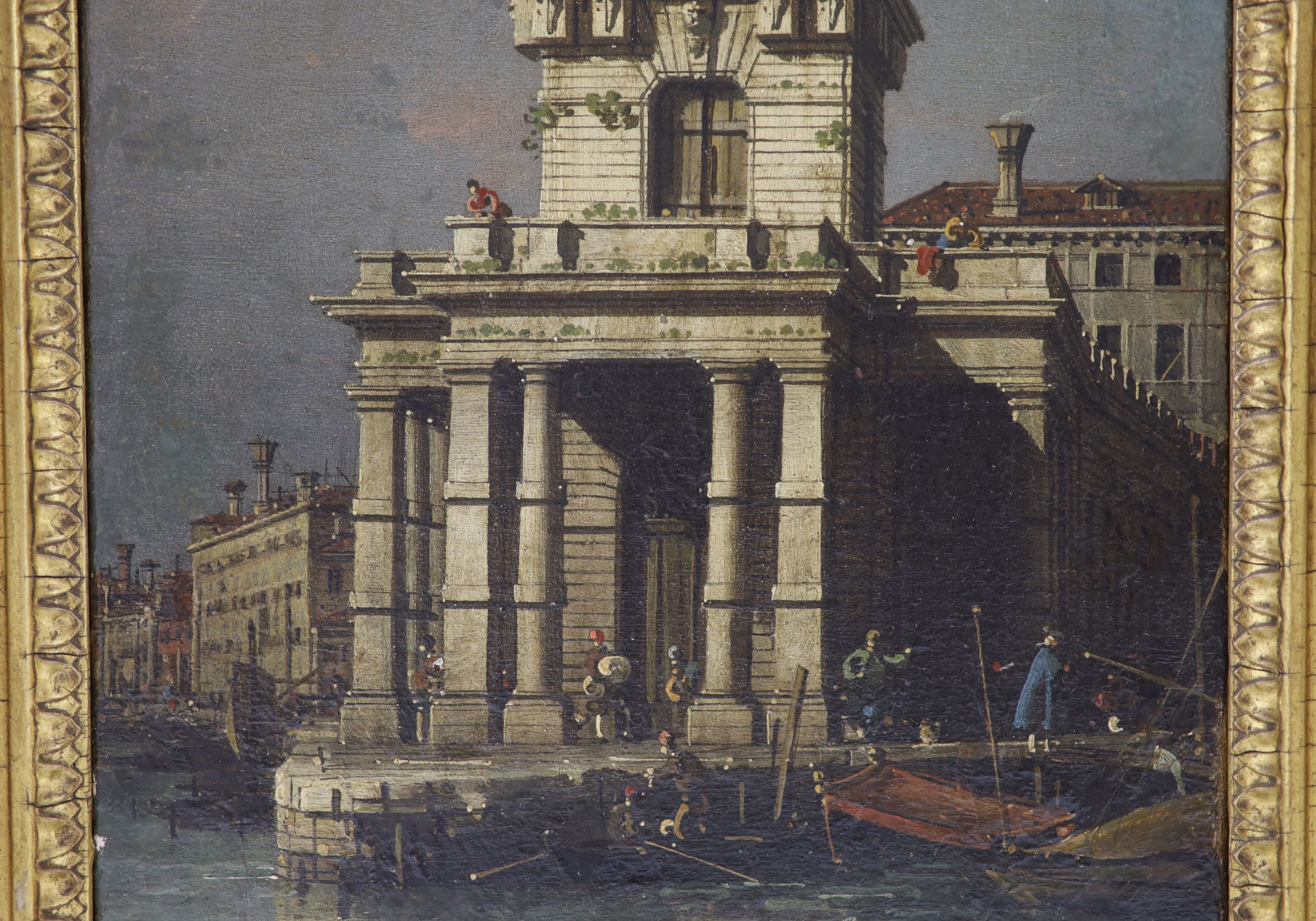 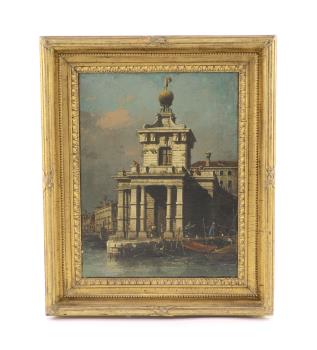 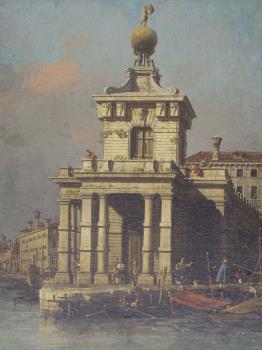 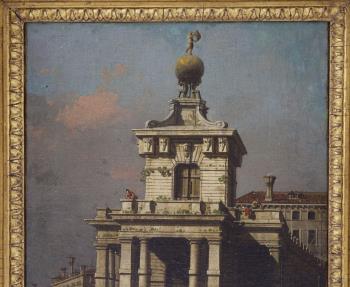 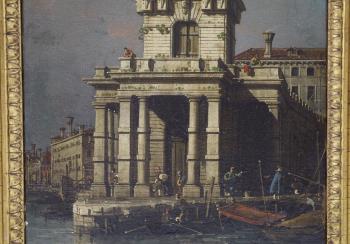 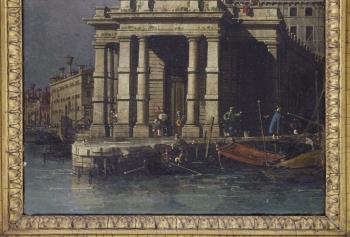 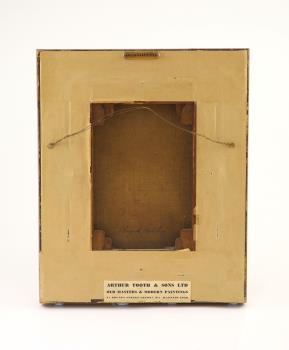 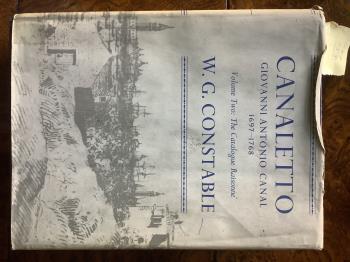 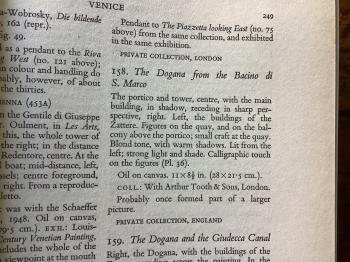 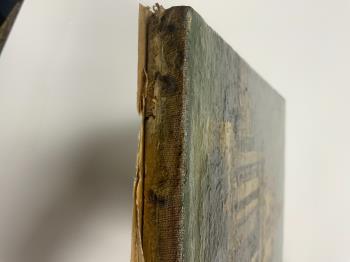 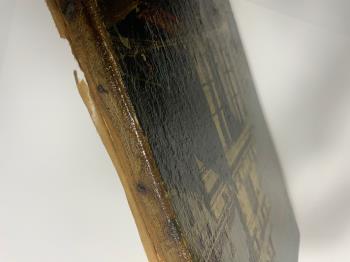 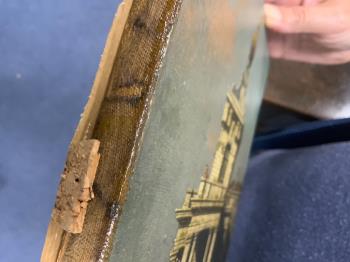 Giovanni Antonio Canal called Canaletto (1697-1768)
Venice, The Dogana from the Bacino di San Marco
oil on canvas
inscribed on the reverse: Auguste Chatelain
11 x 8.5in.
£100,000-150,000
Auguste Châtelain (b. Neuchâtel 1838, d. St-Blaise 1923), who owned this painting, was a doctor, Rector of the University of Neuchâtel and passionate historian who founded the Société d’histoire et d’archéologie de Neuchâtel. Another painting by Canaletto depicting The Lock at Dolo (oil on canvas, 31 x 45cm.: with Robilant & Voena) was also formerly in the collection of Auguste Châtelain, inscribed in the same way with his name on the relining canvas, before being recorded with Alfred Beurdeley (1847-1919), Paris.

Condition:
Oil on canvas re-lined many years ago with August Chatelain inscribed verso. Canvas remains tight. Paint is rather dirty with some retouching visible to the eye notably darker markings running down the left side. Examination under UV light shows retouching down the left margin, across the top at 12 o’clock running down to just above the figural finial and down the top half of the right-hand margin, further retouched areas scattered below particularly at the foot of the steps, along the waterline and across towards the right lower corner, other smaller tiny dark spots of retouching throughout. Old giltwood frame with attribution plaque retained verso along with an Arthur Tooth & Sons Ltd label. Auguste Châtelain was a Swiss psychiatrist, writer and historian who became a rector at the University of Neuchâtel in the early 20th century. He is believed to have owned at least one other work by Canaletto: The Lock at Dolo dated to c.1755, which was offered by London dealer Robilant + Voena and had been inscribed in the same way with Châtelain’s name on the relined canvas. Volume two of W.G.Constable’s 1962 catalogue raisonne lists this work as item 158 (p.249) as ‘probably once formed part of a latter picture’. The picture is believed to be that appearing in W.G Constable’s Canaletto monograph (1989 edition revised by JG Links) with the comment “probably once formed part of larger picture”.