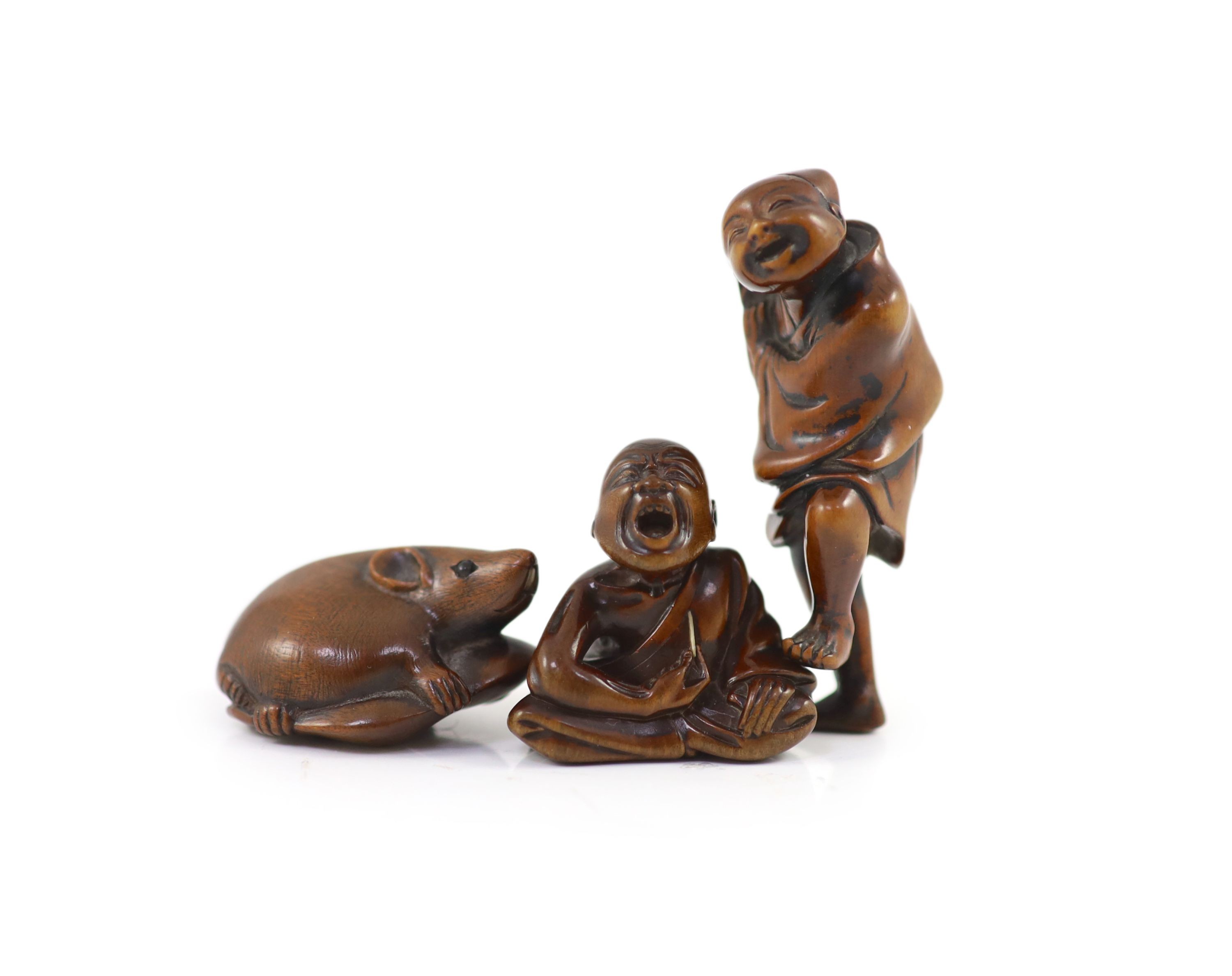 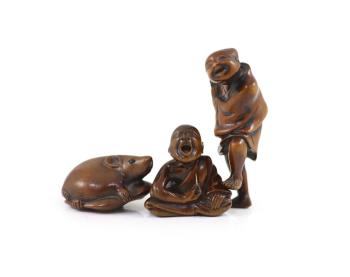 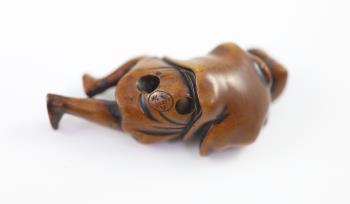 Condition:
All of the netsuke have some minor wear to the high points and some occasional tiny nicks and dents to the carving otherwise of pleasing colour and in good condition.