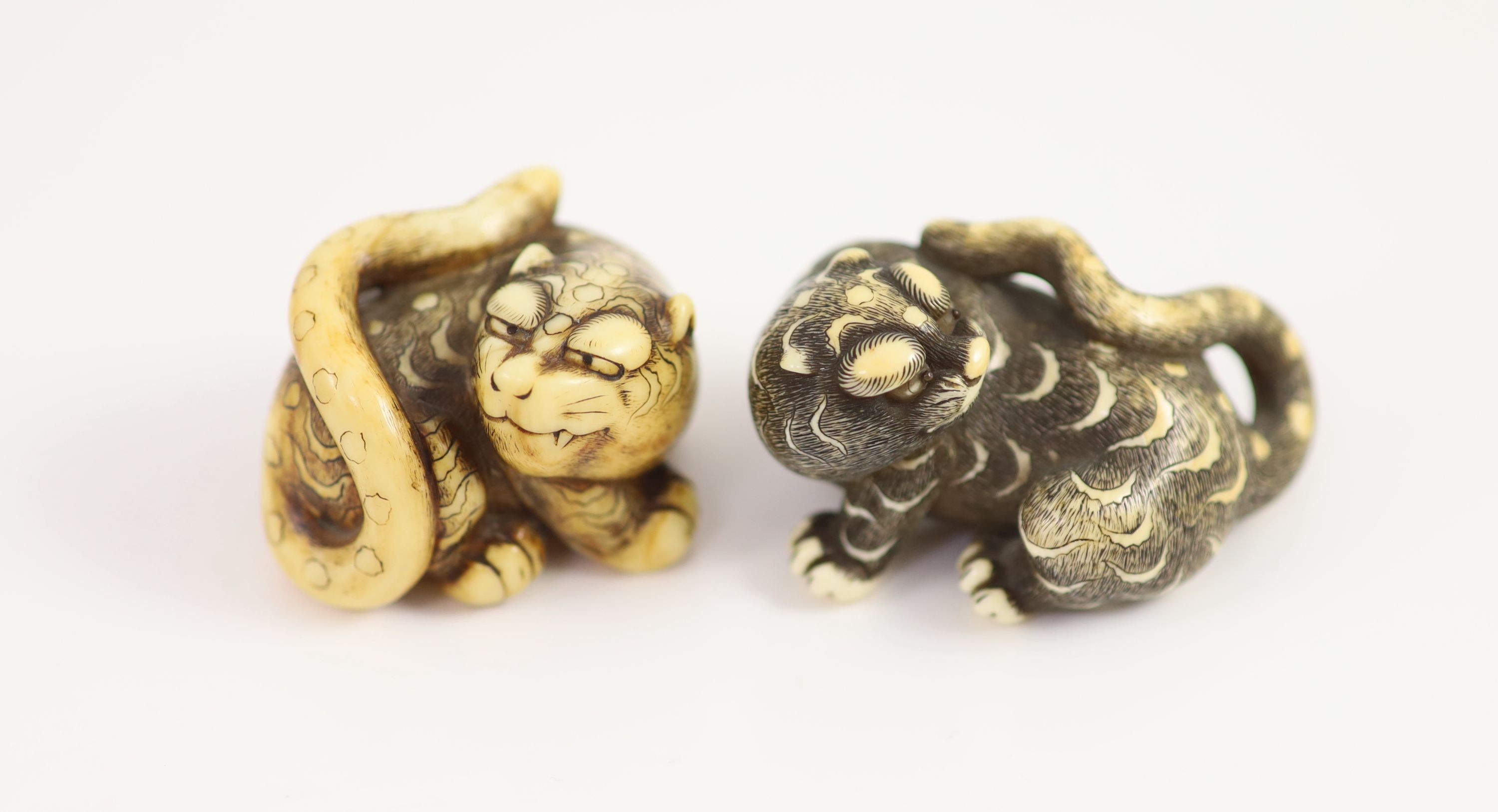 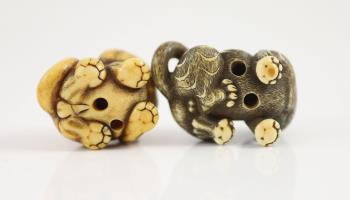 Condition:
As seen in the photographs the left-hand example has suffered wear to the engraved decoration all over and has some age cracks to its tail and some yellow staining all over. The netsuke on the right has only light wear to the high points on the carving and a stained patch to his front right paw underneath, occasional fine age cracks, otherwise in good condition.