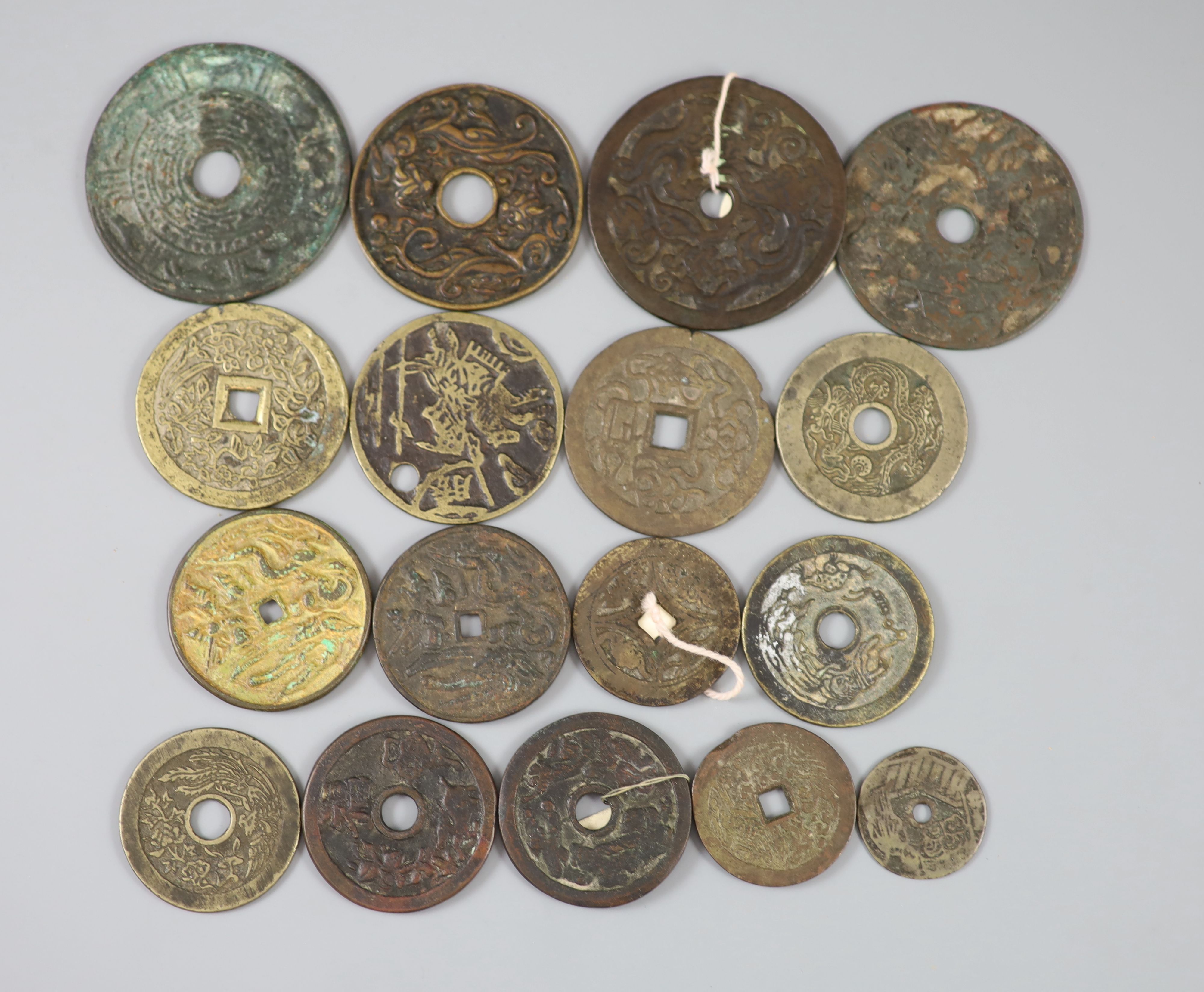 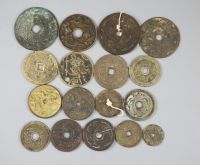 China, 17 bronze or copper charms or amulets, Qing dynasty or earlier, fifteen with pictorial obverse and reverse, one example with a single character, 30mm-63mm, ranging from F-VF, one cast in high relief with two chilong, rev. plain, 56mm and a poorly cast zodiac charm, probably a later copy, 65mm
Estimate £200-300