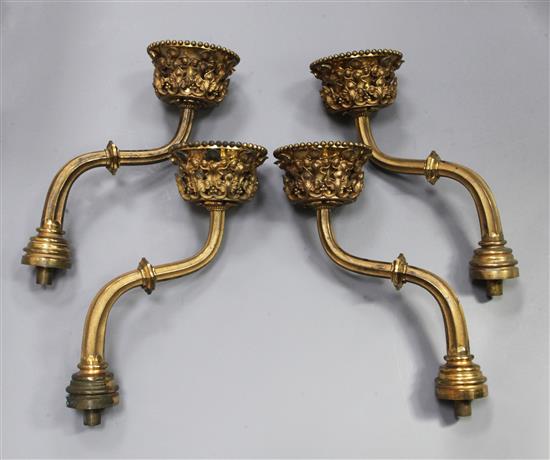 Provenance: L.N. Cottingham was a British architect who pioneered the study of Medieval Gothic architecture. He won a competition to remodel the interior of the Chapel of Magdalen College, Oxford; work started in July 1829 and lasted at least six years. See Gothic Rampant: Design by L.N. Cottingham for Snelston Hall, Victoria & Albert album no.3 1984, fig. 16 for an example.