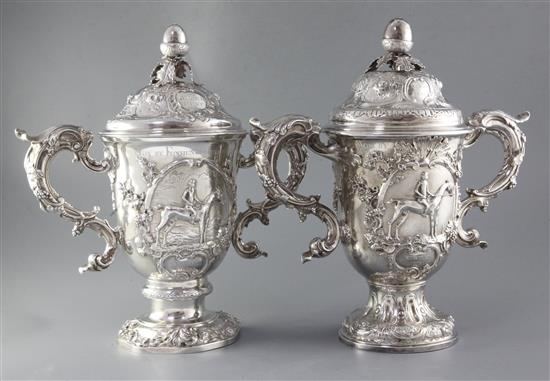 The origins of the Old Newton Cup can be traced back to 1752, where the meeting took place at Newton-le-Willows, on the common at Golbourne Heath, (near the current Haydock Park). Foxhunter was owned by The Honourable J.S. Barry and the race was run over 4 miles